The Widescreen Weekend team report back from Cinema Rediscovered.

Our latest guest article comes courtesy of Bex Hill, Festival Coordinator at Widescreen Weekend - the National Science and Media Museum's annual celebration of big, bold cinema experiences and film technology. Supported by our Bursary Awards, Bex was able to attend Cinema Rediscovered for the first time where she discovered something of a kindred spirit in the UK film landscape.

With a programme that champions classic cinema and analogue projection, and a wider festival ethos that's deeply rooted in its host city's rich film heritage, Cinema Rediscovered proved to be a natural source of inspiration for Widescreen Weekend. Bex's festival report unpacks how she picked up insights both practical and philosophical - from lacing 35mm projectors to reframing how Widescreen Weekend might engage with film history - and how events in the UK's two UNESCO Cities of Film can continue to learn from each other and grow together.

Cinema Rediscovered is a festival that puts ‘great films back on the big screen,’ showcasing archive and classic cinema with new restorations, director focuses and a strong emphasis on analogue film. As Festival Coordinator and lead programmer of Widescreen Weekend, I was excited to attend Cinema Rediscovered for the first time and passionate about experiencing a festival that has similar aims to ours. Widescreen Weekend differs slightly by specifically prioritising films in the widescreen aspect ratio, but it too showcases classic cinema and proudly champions screening film on film. I wanted to be inspired and take back new knowledge and ideas that could influence future editions of our festival.

During my time at the festival, I sought out screenings of films by female and BAME directors with the aim of finding inspiration for new ways to represent diversity on screen. I attended a screening of Simon and Laura, directed by Muriel Box, and a screening of short films by Maureen Blackwood – both directors I had not previously heard of. I really enjoyed Simon and Laura: it’s a witty and sophisticated British comedy with a dynamic female protagonist. For the purposes of our festival, Box’s films are not in the widescreen aspect ratio - however, she does use special photographic processes such as VistaVision. This has inspired me to consider reframing Widescreen Weekend’s focus to allow it to include films that demonstrate such processes or key moments in cinema history. And watching the films of Maureen Blackwood encouraged me to think not only about including more short films throughout the Widescreen Weekend programme, but to better explore director retrospectives and filmographies.

What I enjoyed most about Cinema Rediscovered was the festival’s passion for analogue film. Their 'Analogue Room' drop-in sessions were the highlight of my visit. Widescreen Weekend is an analogue-heavy festival with most films in the programme shown on the format, including presentations from 35mm, 70mm and even 3-strip Cinerama. This means we rely heavily on the skills and knowledge of our projectionists. I felt it was important for me to understand better the skills involved in delivering this type of programme and the Analogue Room provided a safe space to learn and explore working with film print.

I learnt how to cut and splice film, and how to lace a 35mm projector. Since returning from Cinema Rediscovered, we have decided to look within the existing Widescreen Weekend team to develop the projection resource needed to deliver the festival each year. I, along with some willing recruits from of our Front of House staff, will begin to learn the basics of analogue projection towards the end of the year.

After spending a lot of time in screenings and panel events, it’s always nice to head outside into the fresh air, and the festival’s 'Cinema Walk' was the perfect opportunity not only to learn about film history, but to explore Bristol. I thought it was a great way of taking the festival outside of the cinema space. It seems most cities have some claim to early film history fame and in Bristol’s case it’s William Friese-Greene: the ‘pioneer of cinematography.’ Our guide Peter Walsh, programmer for Cinema Rediscovered, provided us with facts and stories about the great man and other Bristol luminaries in a welcoming, accessible way.

Not only did my time at Cinema Rediscovered allow me to indulge in my love of classic cinema and analogue film, but it provided me with insights and ideas that I could take back with me to influence future Widescreen Weekend programmes. And isn’t that the whole point of film festivals - to leave feeling inspired. 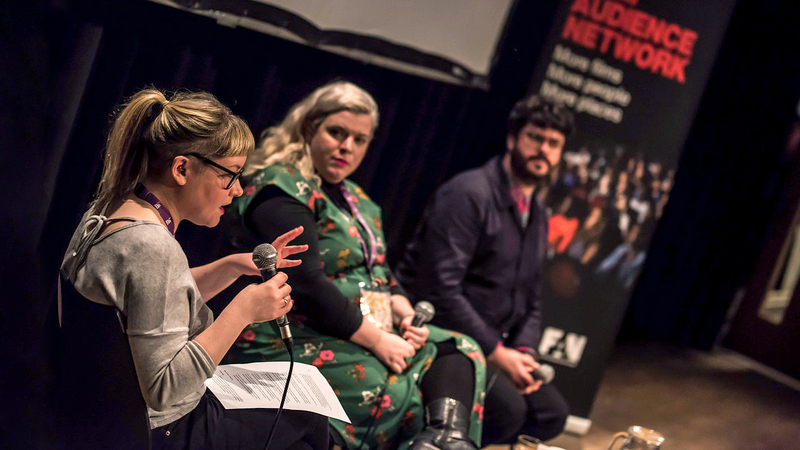