We catch up with 2018 Script Lab participant Kema Sikazwe.

By a happy coincidence, just as our BFI NETWORK team prepare to launch our Northern Exposure: Short Film Script Lab 2019 - more details on that below! - one of last year's alumni is in the process of taking their script from page to stage and is gearing up to create a short film version using the skills learned through the programme.

We sat down for a chat with Kema Sikazwe off the back of a rapturous run of his performance piece Shine at the Live Theatre. He talks us through his experience of the Script Lab, his show and the journey to find his light. Our thanks to Kema for taking the time and our best wishes for his upcoming tour. In the meantime - aspiring screenwriters: read on...

Tell us about your creative background.

My creative background is in music. I started out rapping, singing, songwriting, producing and performing live from the age of 14. In my late teens, I took an interest in acting and started out with extra work, which then led on to professional roles.

What made you apply for the Script Lab?

A company called New Writing North I work with passed it my way and encouraged me to apply. I've always had an interest in scriptwriting since I got into acting. I was putting together an idea for a performance at Live Theatre, Newcastle and I wanted to turn the stage show into a film, so the Lab came to my attention at the right time.

Tell us a bit about that idea.

Shine is inspired by my name, Kema - a name my mother gave me. It means: "the one who shines." The story is about finding out who we really are. Are we defined by what people say we are? Our experiences? Circumstances? Or do we get to choose? It's a story about self-belief; about losing and finding yourself through acting and music. It's the story of my life: coming to this country at a young age, how I struggled to fit in and find my light. It follows a journey to where I am now - it aims to encourage people to find their own shine.

What did you learn at the script lab?

I learned how to put a script together, who and what I need in order to create a short film. It's opened my mind to a lot of things I didn't know before. It was my first time putting a film script together and I was given confidence by being helped every step of the way. It's very important to support new writers like that. As a beginner scriptwriter, I had the support and advice I needed. And it also gave me the opportunity to be around industry professionals - I've built lots of connections just by taking part.

My advice for people thinking of applying? Just go for it! You never know what it can lead to. Through the script lab I now have a producer for my film idea. I don't think I would have known where to start without the experience, advice and direction this project gave me.

What's next for your project?

I've just performed it at Live Theatre from 2-11 May, and it tours to the Traverse Theatre, Edinburgh from 16-18 May.

Applications for the 2019 edition of Northern Exposure: Short Film Script Lab will open on 3 June. All details and information on how to apply will be sent out in our monthly newsletter - sign up now to make sure you don't miss out.

This year's sessions will run in Liverpool and Leeds. Participants must be able to commit to attending 4 practical group workshops between July - September and completing assigned writing tasks outside of Lab meetings. Selected work developed through the lab will be performed in front of a live audience of industry figures and members of the public at a rehearsed reading at HOME, Manchester. 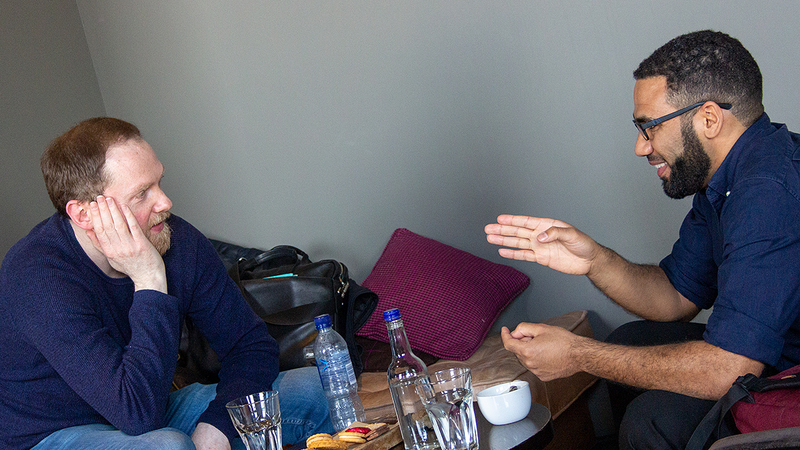