Introducing the class of 2020.

It’s June and the 2020 edition of our Northern Exposure: Short Film Script Lab is set to kick off any day now. After an extensive assessment and short-listing process – thanks to all of the writers who shared their ideas with us! – our BFI NETWORK team have now selected the 10 talented writers who will take part in the script development programme this year.

Before we bring them together for our first online session, we’re excited to introduce the class of 2020 below. Representing a range of disciplines – including filmmaking, playwriting, performance and stand up comedy – the 2020 cohort bring an exciting mix of experiences and perspectives to the Lab process. With support from industry mentors Ivana Mckinnon and Kate O’Hara, they will work collaboratively over the next few months to develop their fledgling ideas into fully formed scripts.

We can’t wait to get started and will be sharing more news from the Lab as it progresses. First things first, though – meet this year’s selected writers.

Yasmin Ali is a writer, filmmaker and artist, living and working in the north of England. She is a graduate of the Channel 4 Production Training Scheme and is a BAFTA Connects 2020 participant. Yasmin is also the creator of Halcyon, a platform for the diverse voices of Muslim women.

Her passion for writing started as a teenager when she was on the Liverpool Everyman & Playhouse Young Writers course. She has since gone on to work in television production, including writing for children's TV. Recently, Yasmin directed a short film in response to Covid-19 called Four Walls – a look into how the current social climate is affecting creatives in England.

Her work aims to explore and shine a light on underrepresented voices and perspectives. She has a particular interest in drama and comedy writing and knows the Script Lab will be a fantastic opportunity to develop her ideas.

Since graduating from Liverpool Screen School’s Screenwriting MA, Adam has been a part of the Royal Exchange Theatre’s Young Writers programme, has had several scratch comedy productions staged nationally, and has co-created the LGBTQ+ comic book series Love-Bug.

In 2019, he won a Channel 4 Writing for Television prize at the Northern Writers Awards, and has since been developing the comedy-drama series Growing Sideways with Bonafide Films. More recently, he’s had the audio sitcom No Place Like Home commissioned through New Creatives North.

Having grown up in Warrington, with limited access to creative opportunities and funding, Adam’s work uses comedy to explore the experience of growing up working class and queer outside of a major city.

Billie is playwright and screenwriter from the Wirral. She has trained with the BFI Screenwriting Academy, the Writing Squad and the Royal Exchange Theatre Young Writer's Programme.

Her play Too Much World At Once was written on attachment with Box of Tricks Theatre, and received a rehearsed reading at HOME, Manchester in January 2020. Her work has been staged at the Lowry Theatre Studio, the Kazimier Stockroom in Liverpool, the Tristan Bates Theatre and online with Theatre 503. She has also written for the Television Workshop Salford and is a script reader for the Liverpool Everyman.

Harriet is an actress from Newcastle upon Tyne. She trained at the American Academy of Dramatic Arts, New York in 2011. Since her return to the UK, she has been working in film, TV and theatre - most notably appearing in Ken Loach’s I, Daniel Blake and Sorry We Missed You and ITV’s Vera.

In 2016, Harriet co-founded Blowin’ A Hooley Theatre, an award-winning company dedicated to developing North East talent and improving access to theatre for local artists and communities. Harriet is currently co-producing Yarns From Hyem, 4 short plays which champion North East writers, directors and performers, and Notice To Move, a military theatre project which Harriet is also co-writing based on the experiences of North East Forces veterans.

Zena Igbe is a Nigerian-born filmmaker based in Sheffield. Zena is passionate about portraying under-represented and misrepresented voices on-screen and utilises their own experiences as a black non-binary individual to craft their narratives.

Zena wrote, directed and produced a satirical web-series called Reprobates about a dysfunctional group of friends' chaotic attempt to run a pub. Zena's BFI NETWORK-funded short film Sweet Mother was part of the official selection of BFI Flare 2020. Sweet Mother is incredibly personal to Zena and tells the story of a first-generation British-Nigerian man who faces cultural rejection when his mother discovers his sexuality.

Kieran Launder is a queer, northern writer residing in West Yorkshire. He is also the Assistant Director and lead writing facilitator of Limitless Art Collective.

To date, his work has spanned stage, page and screen; across theatre, poetry, spoken word and installation. He produces stories to surprise and question; magnifying queerness, coming of age, regional identity, masculinity and mental health.

Kieran's previous work includes lump. with Freedom Studios and Aubergine with Off the Cuff Theatre. Future work includes 24 Hour Plays UK with The Lawrence Batley Theatre and an adaptation of lump. with Redbag Pictures. He looks forward to developing his project on queer intimacy and the heritage of Polari with the Short Film Script Lab.

Katherine is a theatre maker, writer and actress based in Greater Manchester who has recently received Arts Council England funding to create a new comedy/thriller play which will be touring later this year.

She is a member of the Disabled Artists Networking Community, is developing a short animation and recently wrote Night Night, Love as part of Vignettes at Hope Mill Theatre.

Last year, she was shortlisted for commissions at the Barbican Theatre, Wildcard Theatre in London and theatres across the North West & Yorkshire.

Katie Mulgrew is an award-winning writer and stand up comedian. She’s been heard on BBC Radio 4, BBC Radio 2 and seen on CBBC and ITV2. She won the inaugural Liverpool Hope play Writing Prize for her play, Omnibus. She also won the Kudos North award, an award in conjunction with BBC Writersroom and Kudos North productions.

Katie has performed three solo stand up shows at the Edinburgh Fringe Festival. She is the co-book writer, with fellow comedian Vikki Stone, of #zoologicalsociety - a new musical commissioned by the Theatre Royal and Derngate Northampton. You may also have seen her on adverts for the Co-op, Brother and wearing a quite stunning shark hat on a couple of episodes of Coronation Street.

Jack Nicholls is a writer based in Manchester. A current member of the Royal Court Writer’s Group, his first play Harsh Noise Wall was read at the Royal Court and Northern Stage, and was longlisted for the Bruntwood Prize.

His poetry pamphlet Meat Songs is published by The Emma Press, and his poems also feature in The Poetry Review, The Scores and The Tangerine. He is a founder of the Arts Council England-funded live art event FLIM NITE, and is a performer with the sketch group Beach Hunks.

Ellie is a writer and director, working primarily in theatre and film. Currently, she is an Origins Director with Headlong Theatre Company and is also writing her first feature screenplay, supported by BFI NETWORK's Early Development Fund.

Credits as a writer include Guilty Witches (Opal Club/Sunstroke Magazine) and Cabinet of Curiosities (New Vic Theatre). Ellie was also a member of the Introductory Playwrights Group at The Royal Court. Recent Directing credits include Vinland (UK tour) and Associate Director on The Worst Witch (Nimax Theatre, Kenny Wax Family Entertainment, The Royal & Derngate). She was also Assistant Director at the New Vic Theatre, and Associate Director to Michael Rudman. 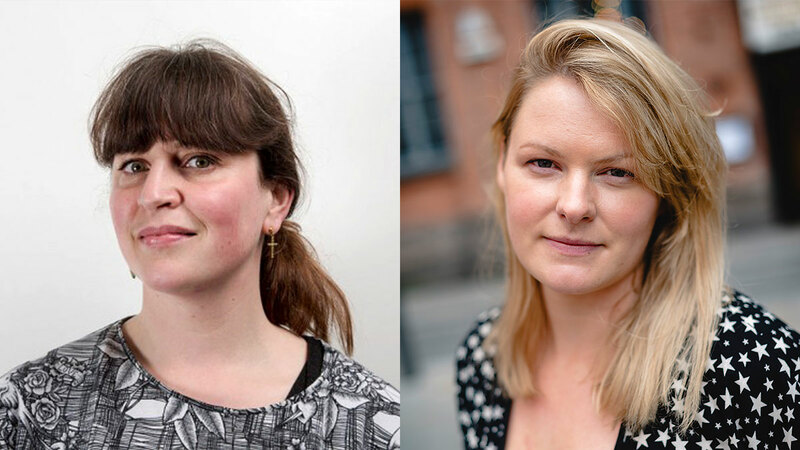 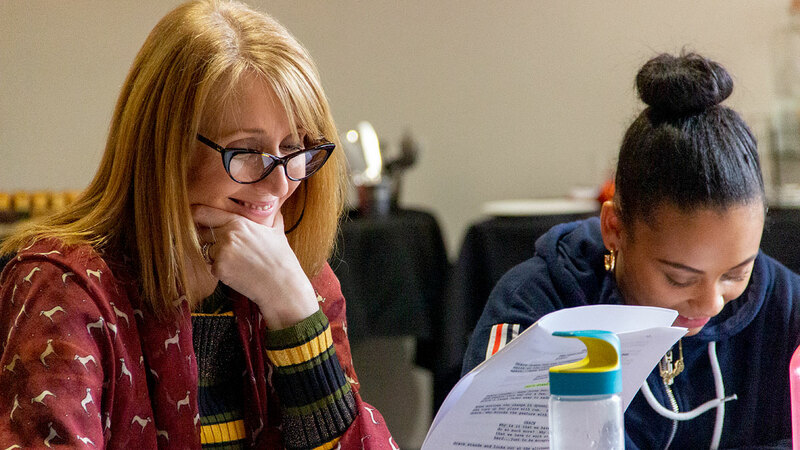 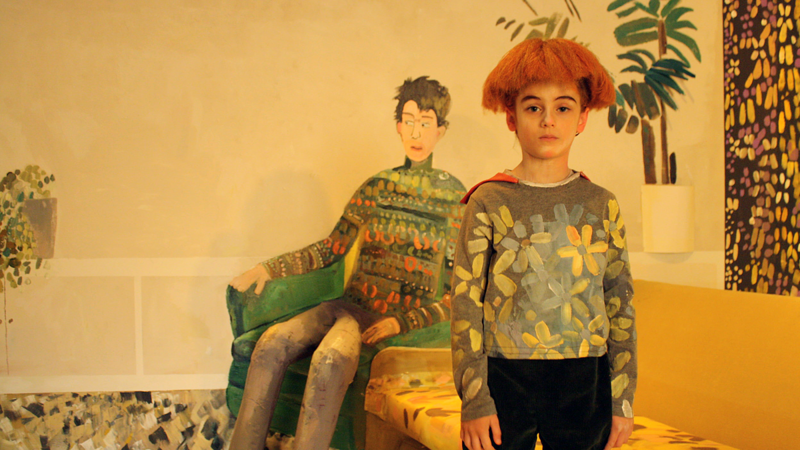