BFI Musicals in the North The greatest shows on screen

See our highlights from the nationwide season and put on your own song and dance spectacular.

BFI Musicals has landed in the North! The UK’s biggest ever celebration of movie musicals announced its arrival in dramatic style on 26 October with a Singin’ in the Rain inspired flash mob at HOME. A troupe of umbrella-wielding would-be Don Lockwoods gathered outside the venue on a Saturday afternoon to recreate Gene Kelly’s immortal routine against an apt backdrop of Manchester’s most reliable meteorological phenomena.

HOME’s main event is coming up this December as the venue presents an extended season of musicals from Hollywood, the UK and beyond. Highlights include a focus on writer Betty Comden – a major contributor to some of Hollywood’s most loved musicals – which continues HOME’s ongoing celebration of Women in Global Cinema. Audiences in Greater Manchester can also enjoy BFI Musicals programmes courtesy of The Savoy (Heaton Moor) and The Rex (Wilmslow) who celebrate the work of Bob Fosse with screenings of Cabaret and Sweet Charity.

A key title featuring throughout the nationwide season, Singin’ in the Rain is the focus of other special events across the North. The Dukes Cinema (Lancaster) took the musicals show on the road with a pop-up screening at Morecambe Winter Gardens: a grand Victorian music hall whose impressive auditorium proved the perfect location for a screening and accompanying performance from the RetroSpective dance group. And, in Liverpool this Christmas, immersive events specialists Compass Presents explode Stanley Donen’s masterpiece off the big screen with an evening of projection mapping and live performance at the city’s Christmas Spiegeltent.

More large-scale throwbacks to Hollywood’s golden age have come courtesy of Widescreen Weekend (Bradford) who showcased Robert Wise classics The Sound of Music and West Side Story on an appropriately epic canvas thanks to a pair of 70mm presentations on their curved Pictureville screen. In the new year, Storyhouse (Chester) revisit their building’s former glories as an art deco Odeon with Let’s Face the Music – a special movie weekender celebrating the greatest Hollywood choreographers of the 1930s through a series of events ranging from immersive matinees to midnight martini parties. And elsewhere, The Flower Bowl (Barton Grange) and The Palace Cinema (Longridge) host vintage screenings for audiences around Preston, and Leyburn Arts Centre and The Ritz Cinema (Thirsk) bring musicals magic to North Yorkshire.

Away from the glitz and glamour often associated with big screen song and dance, exhibitors in the North are exploring some of the cult b-sides the musical genre has to offer. Live Cinema UK (Huddersfield) and Make a Scene Film Club (Manchester) have teamed up for the sing-a-long, rock-a-long tour of Hedwig and the Angry Inch: an outrageous evening of outré cabaret visiting venues across the UK from October to January. And John Cameron Mitchell’s underground favourite gets another extravagant outing – complete with drag show and after party – via Eat Me, Liverpool’s queer cabaret. Showroom Cinema (Sheffield) are in on the cult musicals act too: their film studies course on the sub-genre spans three decades from Brian De Palma’s trailblazing Phantom of the Paradise - which predates cult touchstone The Rocky Horror Picture Show by a year - to the high-school hellcats of John Water’s teen rebel pastiche, Cry-Baby. Watch this space as musicals make a welcome return to the Showroom later in the year for a soon to be announced 2019 show-stopper…

Feeling inspired? There’s still time to get involved with BFI Musicals with of up to £2,500 available through the BFI Film Audience Network’s Screening Support fund and a selection of titles bookable in new formats and at reduced rates via the Independent Cinema Office.

Screening Support applications close on 13 December and can be made via our colleagues at Film Hub Midlands, and you can find more information on the BFI Musicals Tour on the ICO’s website. BFI Musicals screenings should take place before 31 January 2020. 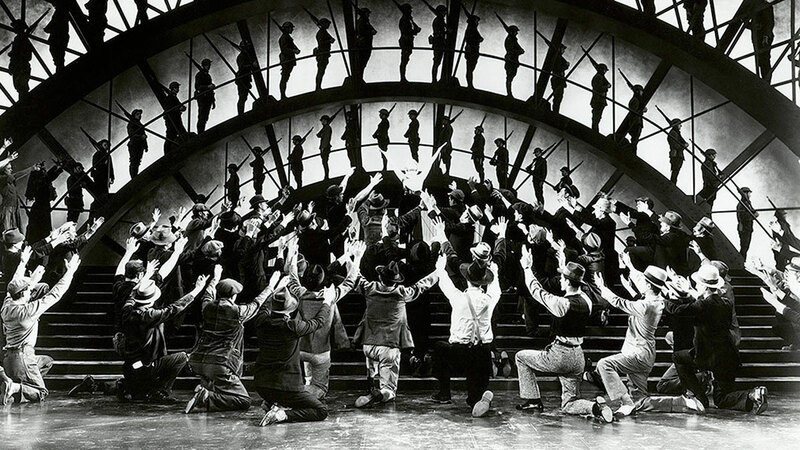